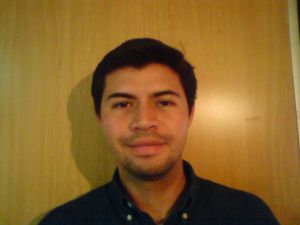 The recent statements of Raul Vera Lopez, Catholic Bishop of Saltillo who claimed that “Homosexuality is not a depravation and that other leaders of the Catholic Church should take the example of Pope Francis” who mentioned “Who am I to judge homosexuals” were welcomed by The Raelian Association of Sexual Minorities in Mexico (ARAMIS International – Mexico) though the LGBTTI supporting organization said it was definitely not enough.

“It is good to see this beginning of change in tendency in the leaders of the Catholic Church, whose teachings and dogmas have been predominantly homophobic throughout its history” commented Carlos Damasco, spokesperson for Aramis Mexico. “But it is important to remember that the official posture of the Catholic Church is still to condemn sexuality and especially Homosexuality, thus they continue to be responsible of much suffering, violence, depression, and in many cases suicides of homosexual people who have followed their “sinful” criminal teachings. If the statements from the Bishop of Saltillo and from the Pope are only just words not followed and supported by immediate action, these would soon be forgotten and thus be completely worthless,” explained Damasco.

In a study done by Dr. Qazi Rahman in London University and another by Dr. J. Balthazart in Belgium, it was proved that the origin of sexual orientation was not a consequence of behavior, but that it is innate, meaning we are born with our sexual preference, as it has been stated for over 39 years by Rael, spiritual leader and founder of the International Raelian Movement (IRM) and of Aramis International.

“Since we are born with our sexual preference, there is no need to judge anyone. Would the Pope say “Who am I to judge heterosexuals?” questioned Damasco. “The Bible clearly says “Do not judge”. Stigmatizing homosexuality is the main problem. It would have been better if the Pope had said instead “Homosexuality is natural in human beings”. That would have sent a clear message to the world and not a confusing one,” expressed Damasco.

A study published in 1948 by the famous sexologist Dr. Kinsey, showed that more than 84% of the population in a country was either homosexual or bisexual, which means that over 97 million Mexican women and men are part of what we call sexual “minorities”.

“Our country still closes its eyes accepting that over 97 million of its citizens who pay taxes, will continue being victims of discrimination and of acts of homophobia,” said Damasco. “This is a real problem which began through Catholic religious education and which must be confronted by the Mexican government once and for all through secular education of their whole population. Hopefully it will also have an independent support of this new regime of Catholic leaders who should teach in all their masses worldwide that Homosexuality is as natural as Heterosexuality and also let homosexuals have a religious marriage in their churches, just like heterosexual couples do. Aramis International will welcome and support this change from Homophobia to HomoLove in all the world,” concluded Damasco.

The Raelian Movement is an atheist philosophy that explains that all life on Earth was created scientifically in a laboratory, thousands of years ago, by human beings who came from another planet. In the original Bible these beings were called Elohim, plural word which in ancient Hebrew means: “Those who came from the sky” mistakenly translated to God. The Elohim created us with all our diversity, and they love us without mattering our sexual orientation, as they created us to their own image.